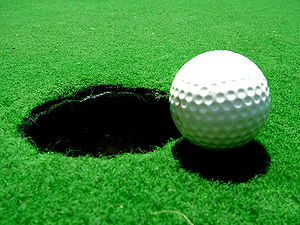 Think of something you’re really good at, such as golf, public speaking, court reporting, environmental law, you name it.

Isn’t it a great feeling to know you were born with, or developed, these skills?

Isn’t there sometimes a rush of excitement when you perform those tasks, hit more great shots than bad ones, finish a presentation that seemed to resonate with your audience, help a client find clarity in your area of law, or finish a court case that was particularly contentious?

So what do you do now?

Here’s where the rubber meets the road.  It’s where the true professionals outshine those who are content with just being okay, or even pretty good.

It’s called practice, and it’s your choice.  Not everyone has to be the best in a particular area, and that’s okay too. Again, it’s your choice, but just remember that your choices impact your clients.

Just because you’re good at something doesn’t mean you stop learning and practicing your craft.  Each one of us has a gift.  If we have discovered it, and we want to continue to be good at it, we have to practice.

Back when I was a youngster, I was actually a pretty good golfer. I credit my parents for getting us out there early and often to learn and practice the fundamentals.  Our golf swings were broken apart in order to learn the right way to address the ball, to take the club back, where to place our weight and how to follow through.  My parents were good.  They each had multiple holes-in-one.  Yes, MULTIPLE!!

Now I know luck takes a portion of the credit with a hole-in-one, but if you’re not out there playing and practicing OFTEN, then you’re not exposing yourself to situations where this is even possible, right?

There’s something I want to share with you because I think this is too remarkable to keep from you.  My parents each had holes-in-one on the same hole, on the same course, on the same day, one hour apart!!  Imagine how it must have felt when someone ran up to my Dad at the turn to tell him that my Mom had a hole-in-one on that hole he just finished, just one hour earlier! Imagine how it then felt to that person when my Dad said, “I just had a hole-in-one on number 9 too!”

There should have been a huge bolt of lightening, and the associated clap of thunder, when that happened!  It did get its press.   A cousin read about it overseas where he was stationed during the war.  Our local TV station in South Bend brought both of them in to be interviewed during the news.  I picked up a tiny book of golf records at the checkout at Borders years ago, flipped through it while we were waiting, and there it was!  My parents’ holes-in-one were there!

Practice made a difference in my golf career, but maybe not in the way you’re thinking.  After winning a few tournaments by age 17, I concentrated on summer jobs, then real jobs after college, then a career and pretty much stopped practicing.  I became a casual golfer, complete with inconsistency and unpredictability. You know the type, right? I haven’t played in 5 years.  I kind of miss it. Actually, truth be told, I mostly miss being a good golfer.

Contrast that with my youngest brother, Frank, who practiced his heart out, hitting bags and buckets of balls every day as a child, and often as an adult.  He was really good, won many more tournaments than I could dream about, but he was different than I was because he was committed to his craft.  Just because he was a great golfer didn’t mean he stopped practicing.  He wanted to be even better so he spent the time necessary to try to do just that.  He went to college partially on golf scholarships.  He has won tournaments as an adult.

What does this mean for you?  This means that if we want to be really good at something, or to stay good, or to improve, then we have to practice.

If we want or need to be a good networker, then we have to practice.

If we want to be the most knowledgeable lawyer when it comes to OSHA, or employee benefits, or insurance defense, we have to practice.

If we want to build our client base, and the associated business that can come about as a result of that, then we have to practice going out and finding clients.

If we want to be great marketers and strategists for our clients, which I do, then we must practice.

If we don’t practice, how will we grow?

Thanks to my husband, John Myrland, for preaching about this subject a few weeks ago, and inspiring me to write more about it here.