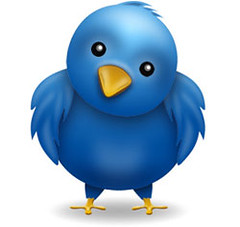 When it comes to the Social Media landscape, one thing we know for sure is this:

It changes regularly, and will continue to do so.

There’s nothing we can do to stop the momentum, so hang on tight, and let’s enjoy the ride together, okay?

Alright, alright, you don’t have to enjoy the ride. I’ll enjoy it while you ride along with me, deal? Deal!

This might not sound like rocket science to you, but keeping up with the changes might be akin to rocket science for some. As is my practice, allow me to attempt to explain some of this in everyday terms.

Leaving all the industry jargon and acronyms aside, most of the recent changes Twitter has made have to do with limiting what other applications can do to help you interact with your Twitter followers while on these other, non-Twitter, apps, or sites.

Twitter has restricted access to its user data to LinkedIn, Tumblr and Instagram, as well as a whole host of other apps that have been built solely to interact with Twitter and its followers.

No longer can you cross-post to LinkedIn from your Twitter account. Drats, that means you actually have to spend time on LinkedIn, actually posting there, and monitoring your and other’s activity? Hmmm…..what a shame (she says sarcastically.)

No longer can you give permission to many of these apps to look at who you follow on Twitter to see if those people are also using that app. In the past, this allowed you to decide if you wanted to follow them on that app as well. This allowed you to more efficiently build your network across sites. We’re all for efficiency when it comes to marketing these days, aren’t we?

For example, if I joined Instagram, the photo-sharing site that is on fire these days, Instagram would tell me who from Twitter was also there, and I could choose to follow you there, too. In other words, it helped me build relationships even easier because I could interact with some of the same people there, too, and get to know a completely different side of them. You know…the know and like part of know, like and trust that is so important to service providers? Pretty nice, huh?

Users weren’t happy when these announcements were made, unless we had already signed on before the new restriction because Instagram had already showed us our Twitter followers…phew!

WHO ELSE ISN’T HAPPY?

Developers of these other apps are not very happy. They’re being shut out of the Twitter game, and not being allowed to play with the cool kids over at Twitter, who will no longer open up their bag of users to share on the Social Media playground.

Twitter wants to keep their users, who are you and your followers, on their own Twitter infrastructure without having to share you with others. If you think about it for a moment, you can see Twitter’s perspective. It loves it when you come to visit at their house. It doesn’t want to make it too easy for you to play with other sites by inviting them over to their house, too.  They are competition for your time, or are they?

Why would they want to make it so easy for you to spend time interacting with other sites when they can have you all to themselves? But if you think about it for another minute, you can also see how this could backfire, and damage Twitter in the long run by making it difficult for you, the user, to find what you need at their house.

Twitter claims it is also trying to preserve its bandwidth, keeping it lean, mean, quick and easy to use, but many believe that’s a baseless claim that shouldn’t be an issue in today’s social landscape. If your users want it, you should be able to give it to them.

Over on CNET, in his post titled Developers Slam Twitter’s New Restrictions On Access, Chief political correspondent and Senior Writer, Declan McCullagh, likens it to a marriage that has gone sour. It’s as if Twitter is telling all of its spouses:

“It’s not that things were always this bad, but, well, our needs have changed, and we want different things than we did six years ago.”

Declan goes on to say that:

“The divorce papers arrived Thursday afternoon in the form of an announcement saying that certain app developers — some of the folks who contributed to Twitter’s rapid ascent in the first place — should no longer feel welcome in the Twitterverse. Tweetbot and Echofon were singled out by name, prompting other programmers in Silicon Valley’s tight-knit community to denounce the social network’s unilateral decision to break things off.”

This did two things:

Anyhow, what this latest change might do is make those off-site users happy because they can sneak around behind Twitter’s back, and actually broadcast, I mean Tweet, from afar without their location being discovered. The purists won’t judge them as harshly, right?

What do you think about all of these changes?

Just so you know, I happen to love Twitter as a communication and networking tool. I’ve been a student and user of the site for a little more than 4 years, so I welcome your input and questions.