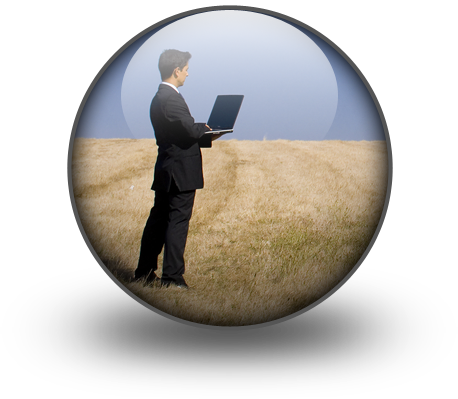 The long-anticipated 2013 In-House Counsel Use of Social Media Survey conducted by Inside Counsel, Greentarget and Zeughauser Group was released today.

Relative to other forms of media and communication in law firms, Social Media use is still in its infancy, so legal business and marketing strategists, law firms, lawyers and legal marketers study information like this in hopes of finding a compass by which they can direct their social, digital, and integrated marketing strategies.

Although these surveys must be blended with an intelligent dose of customized marketing and social media strategy that is appropriate for each lawyer and firm, these surveys prove to be useful in staying in touch with how one target audience, in-house counsel, use Social Media.

In another blog post today, titled Summarized: The 2013 New Media Engagement Survey, I provided a quick overview of the survey. I recommend that you read the original survey results to glean additional insight, but my summary should help you get started.

Along with the articles and survey that were released, Bloomberg Law’s Lee Pacchia interviewed John Corey, Founding Partner and CEO of PR Firm, Greentarget, about the survey.  I listened to the interview in addition to studying the results so that I can share what is memorable with you.

I have transcribed the interview below for those of you who prefer to read, but here is the actual interview. The transcription can be found below the video.

WHAT IS AN INVISIBLE USER?

Invisible user is a term that is used in this survey to mean those who listen and aren’t actively engaging in conversation in Social Media.

“This is the 3rd year for this survey.  Walk us through what invisible user means.”

“We termed ‘invisible user’ back in 2012 when we did our 2nd study. We were measuring how in-house counsel were becoming voracious consumers of content.  Well, we started to see they were going to blogs, often, to read content not to contribute to it, going to LinkedIn to build connections, to receive news and information, but not necessarily to initiate discussions.

If firms can produce that on the channels where they’re congregating, such as blogs and LinkedIn, then we’re finding that they’re going to be able to build a good following.

In our view, it’s all about converting online relationships to offline.”

HOW DO LAWYERS & LAW FIRMS ENGAGE?

“Once you know that the vast majority of in-house counsel aren’t really there to contribute to the conversation, they’re really just there to listen in a sense, how does a law firm, or a solo practitioner that’s trying to pitch them to get work take the knowledge gleaned from your survey to the final endpoint of actually getting a client that’s going to pay them?”

“It gets down to quality; producing good content; understanding where counsel are congregating online. We know that they’re on blogs. We know that LinkedIn comprises the greatest concentration of lawyers anywhere on the social web today.

“Wikipedia usage is up. Don’t tell me that in-house lawyers are using Wikipedia to do their work? They’re not looking up terms of art in Wikipedia that they’re supposed to know already, are they?”

“You know it’s interesting. The last couple of years, the Wikipedia issue has raised more questions. People are like ‘Really? Is Wikipedia really being used that frequently?’ We found that it’s among the most frequently used platforms for professional reasons, for personal reasons, and we’ve seen the last couple of years that’s it’s inching up on the credibility scale as well.

THE USE OF VIDEO

“The report was interesting because of what we’re finding in the video sphere.  How are we doing?”

“On the video side, we asked  a very specific question on video., but a few of the lead-up questions were:

How often are you using video, just in general, to get professional content?

When it comes to law firms actually publishing video, either on their websites, or on their firm-branded YouTube channels, very few of them are actually getting traction with inside counsel.

Now, we don’t think many firms are doing it today, and many firms aren’t investing the time and the resources in the production types of technologies to be able to do it well.

We think there’s an opportunity.  We didn’t specifically ask ‘If law firms provided higher-quality content through video, would you come?’ but we think we can infer from the data that if firms start to move into this direction, then we think there will be an audience if it’s done well.”

IS THERE A GENERATIONAL DIVIDE?

Lee Pacchia then asked about the generational gap that is frequently discussed, asking:

“Are we going to be as willing and able to engage in social media as [our] younger peers.  I would think that at some point this begins to even out. I’m starting to see older and older people use Facebook and LinkedIn and Twitter. What are you seeing in your study?”

“Going back to 2010, we saw a sharp generational divide. Now, take blogs aside.  Regardless of company size and age group, we saw that counsel were viewing blogs as reliable and credible sources. It was very even. but when we got into specific platforms like LinkedIn, Facebook and Twitter, we saw that counsel in their 30s, the young users, were very active on these platforms. As we got into subsequent age groups, counsel in their 40s, 50s and 60s, we started to see a pretty sharp decline in usage.

…and now, in 2013, we’re starting to see older counsel taper off a little bit in how they’re using the tools.  There could be any number of things that are driving that. They’re in the latter stages of their careers, of course, so they’re not vying for that next promotion or that growth in income progression, for example, as their younger peers.

I think generationaly  it’s not as much a part of their DNA. We saw that there was a big jump last year, and now it’s just tapering off a little.  It’s not as low as it was in 2010, but I think it’s safe to say that younger lawyers are using the tools much more than older lawyers.”

“For a solo practitioner, or someone who’s at a law firm trying to get more work from in-house counsel, what’s the key takeaway? What’s do you tell them at the end of the day they need to focus on?”

“I’d have to break it down into a few points. LinkedIn remains the serious social platform. It comprises the greatest concentration of lawyers. 67% have used the platform professionally in the past week; 40% in the last 24 hours. If there were one tool that law firms were going to invest in it would have to be LinkedIn because there are more lawyers there than anywhere else.

Blogs also continue to be valuable owned media assets. They’re growing in influencing credibility, and when done well, and this is a key point, we’ve measured this for three years now, when blogs are well-executed, we have measured that in-house counsel feel that that they do have an influence on hiring decisions. We found this year that 53% of counsel agreed or somewhat agreed with that statement. 55% agreed with it in 2012, and 50% agreed with it in 2010, so it’s been a very steady, even view that there is a connection between high-quality content delivered through blogs and hiring decisions.”

As always, I am here should you need help with your Marketing and Social Media strategy, execution or meeting presentation needs, and can be reached here.