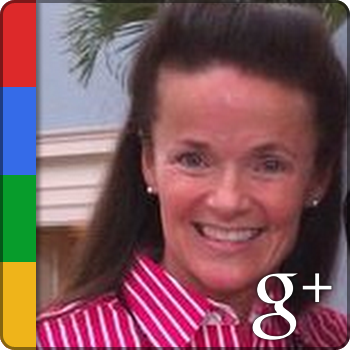 Over on Facebook, my friend and colleague, Tim Corcoran, a senior executive with Hubbard One, posted a link to an MSNBC Technolog story about Google+, which stated there was a 60% drop in use after a 1200% surge in users after opening up to the public in mid-September.

“I joined G+ the first week, but haven’t spent more than 10 minutes there since.  90% of the friend requests are from people I don’t know, whereas 95% of my FB friends and 75% of my LinkedIn connections are familiar to me.  I just don’t have the energy to dig in at the moment.”

I joined the conversation by sharing:

“I’m not spending as much time there as I did in the first 6-8 weeks, but that’s partially because I was in a heavy learning phase at that point.  This happens with every new product or service I use.  I’m also distracted by other responsibilities, which adds to less time there overall.  Given those two factors, I regret that I am not spending as much time there as I’d like to because I like what I’m learning over there.  There is a great deal of sharing going on, so the ability to learn and educate is strong.”

“There is another issue that has been on my mind since Google Plus’s early days.  There was a great deal of interest and enthusiasm for G+ when it launched on June 28.  It got A LOT of press, conversation, WOMM (word of mouth marketing) and interest from all over the world.  It wasn’t open to everyone, so that caused some pent-up demand as it was beginning to be perceived as the place to be…’if they would just let me in!’ “

A MISSED WINDOW OF OPPORTUNITY?

“However, Google let too much time slip by, perhaps missing a window that stayed open for several weeks. Enthusiasm from potential users was diminished, partially because they got irritated that is was too exclusive with the invitation-only entry, but also because people are very busy, and somewhat overwhelmed with the other tools they are still using and learning.”

WHEN PEOPLE ARE EXCITED, THEY MAKE THE TIME.

This doesn’t mean they won’t recover that momentum, and that good marketing and product development can’t help them relaunch to the masses in addition to those of us who were early adopters, particularly when they launch business pages, but they have now given themselves an additional obstacle to overcome, haven’t they?  When people are excited about something, they make the time to investigate and use it.  When their enthusiasm is dampened, it takes extra effort to build it up again.”

Our discussion continued, when our friend, Mike O’Horo, Co-founder of RainmakerVT, shared his perspective:

“It may be that Google is simply too late to the party because few people have the mental bandwidth or time to support another social network.”

To which I replied:

“People ARE definitely stretching themselves to support the Social that they are involved in, so your statement is on target.  The reality, however, is that these tools will come and go, new ones will be developed, and our involvement will continue to grow.

We will probably see new tools developed to help people choose, target, economize, find efficiencies, measure, etc., but I don’t see how we will be able to stand still for long.  Change and growth in tools will force change in behavior.  Resources will have to grow to enable use of appropriate marketing tools….the same issues we’ve been challenged with in marketing for years, right?

The difference today is that these tools are not as passive as the traditional ones we’ve used in the past.  They require involvement and engagement, so if our potential/clients are using them, we have to find ways to meet or lead them, or we risk losing opportunity.”

Don’t get me wrong.  I like Google+.  I hope it finds a way to thrive because I like the conversation, Google+’s nuances, the amount of content and education that exists there, the ability to “hang out” with people via video from all over the world, and other interesting features.  It’s simply that, from my marketing and sales perspective, an initial window of opportunity, when tremendous interest and enthusiasm was present and growing, was missed.  I know the service was being perfected because it was still in Beta, or field trial as Google called it, and Google was admirably taking advantage of generous feedback being given by many of us using it from the start.

A LESSON TO BE LEARNED

Let this be a lesson to every firm, company and organization out there that has a new, shiny practice, a rockstar addition to add to its staff, a new office or location, or a new book, product or service to offer.  Yes, build your marketing plans so that you build momentum in phases, but be careful not to tire your audience before you ever let them have what it is you’ve spent so much time and money planning and building.  There are too many other choices and distractions out there.

Sure, tease your audiences with announcements if you can get away with it, but watch your timing, exclusivity and messaging closely so you are ready to announce, or launch, when you’ve built enthusiasm to its peak.

Do I know the exact solution for Google at this moment?  No, I don’t.  There’s no way a marketing or business adviser worth his/her salt could provide an informed solution to any business without further analysis and discussion, which is why I’ve invited you here today.

What do you think about Google+?

For related posts on Google+, I invite you to read: